For week 2 of my Bike MS training, I planned a 40 mile route out into east Austin from my house. I wanted to go east / south at the beginning of the ride and then come back north because of the wind pattern. And boy was it windy by the time I was finished! It was a dreary and humid day.

The route started by going due east. I soon went by what I thought was a reservoir, but turned out to be the city landfill. I had know idea where the landfill was, apparently.

Of course, out in the countryside, near the landfill, a bunch of really close together houses were being built.

I rode down to Loyola Lane, near the Expo center, a place I hadn’t ridden in quite a while:

The view down the hill from near the Expo center:

Wait, what? Smoke or fog ahead (I saw neither) 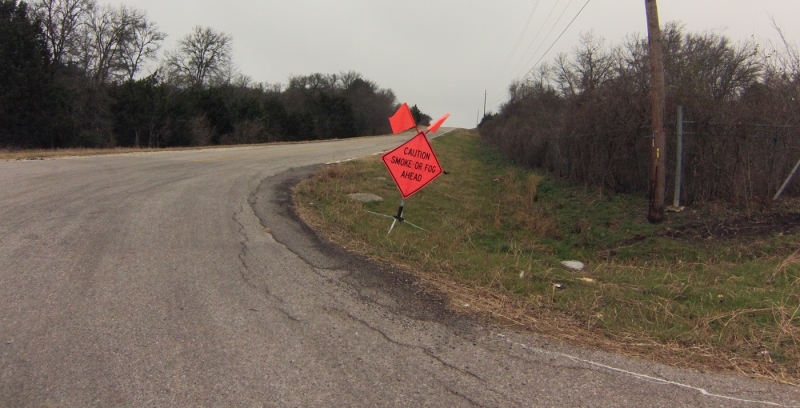 Random bar and grill in the country side:

Riding next to 130, the toll road, with an abandoned toll plaza in the center. Why did we build so many unused toll booths?

Horse stable – there were riders, but I didn’t get the camera out in time. 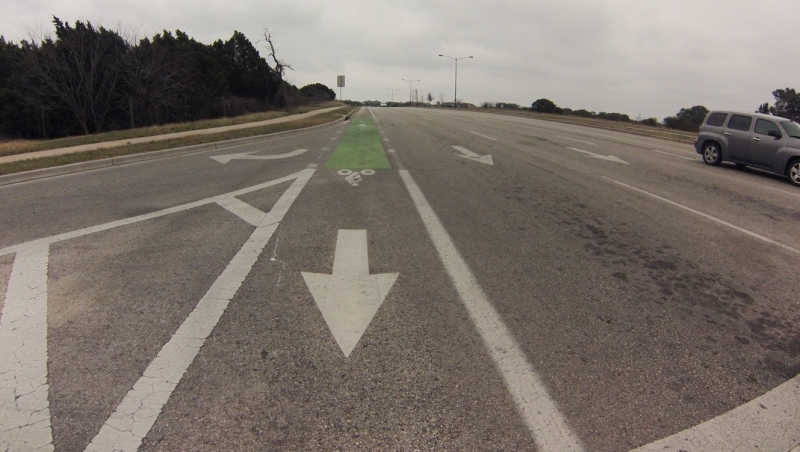 Eventually, I rode through a neighborhood adjacent to mine. It was pretty cool. Can you see the black and white kitty?

Best mailbox ever. A T-rex holding up the mailbox with its mouth, with three T-rex babies in front. 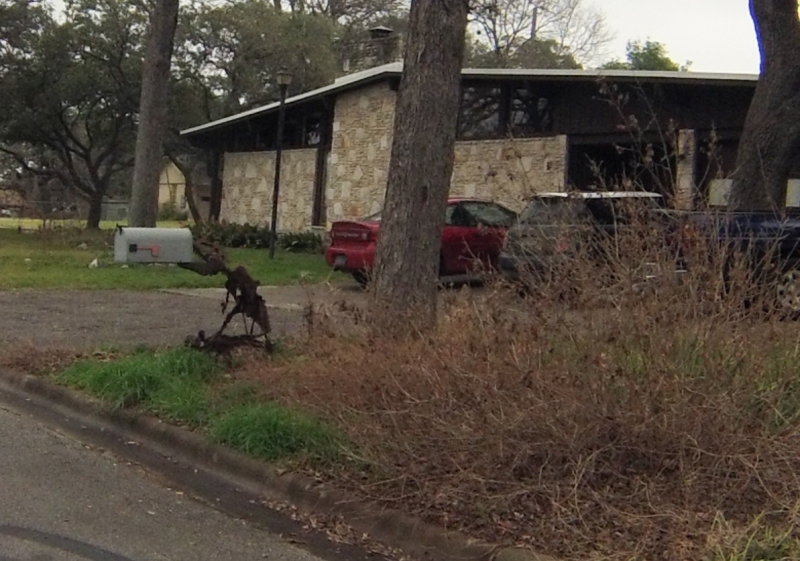 New feature: what jersey did I wear? This weekend it was my Texas 4000 jersey from 2009 (acquired in a silent auction) along with my yellow visibility vest.