For week 2 of my Bike MS training, I planned a 40 mile route out into east Austin from my house. I wanted to go east / south at the beginning of the ride and then come back north because of the wind pattern. And boy was it windy by the time I was finished! It was a dreary and humid day.

The route started by going due east. I soon went by what I thought was a reservoir, but turned out to be the city landfill. I had know idea where the landfill was, apparently. 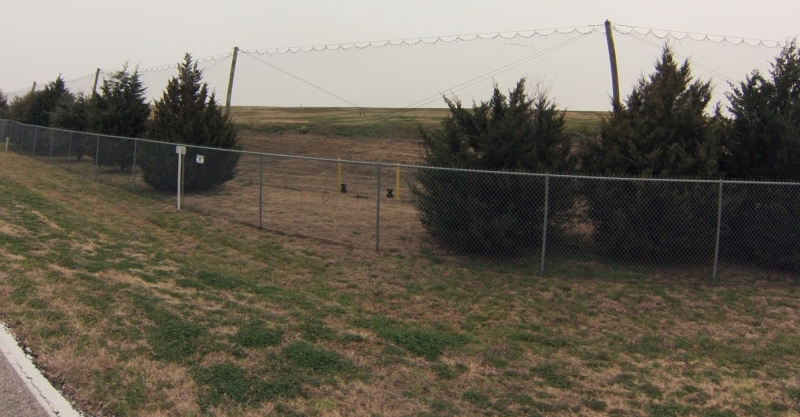 Of course, out in the countryside, near the landfill, a bunch of really close together houses were being built.

I rode down to Loyola Lane, near the Expo center, a place I hadn’t ridden in quite a while: 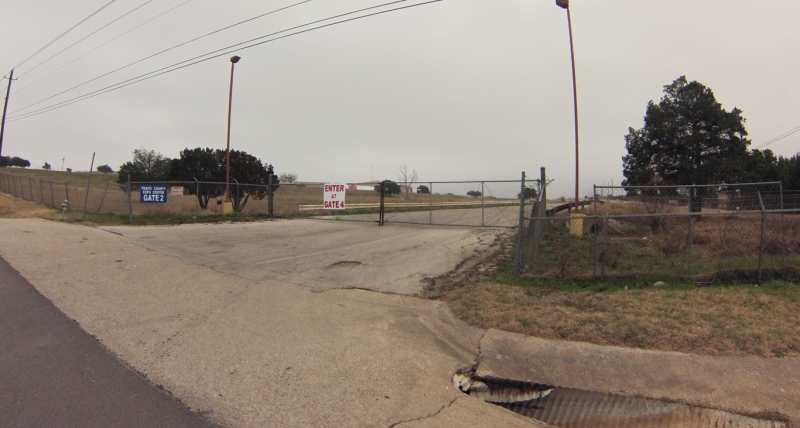 The view down the hill from near the Expo center:

Wait, what? Smoke or fog ahead (I saw neither)

Random bar and grill in the country side:

Riding next to 130, the toll road, with an abandoned toll plaza in the center. Why did we build so many unused toll booths?

Horse stable – there were riders, but I didn’t get the camera out in time.

Eventually, I rode through a neighborhood adjacent to mine. It was pretty cool. Can you see the black and white kitty?

Best mailbox ever. A T-rex holding up the mailbox with its mouth, with three T-rex babies in front.

New feature: what jersey did I wear? This weekend it was my Texas 4000 jersey from 2009 (acquired in a silent auction) along with my yellow visibility vest. 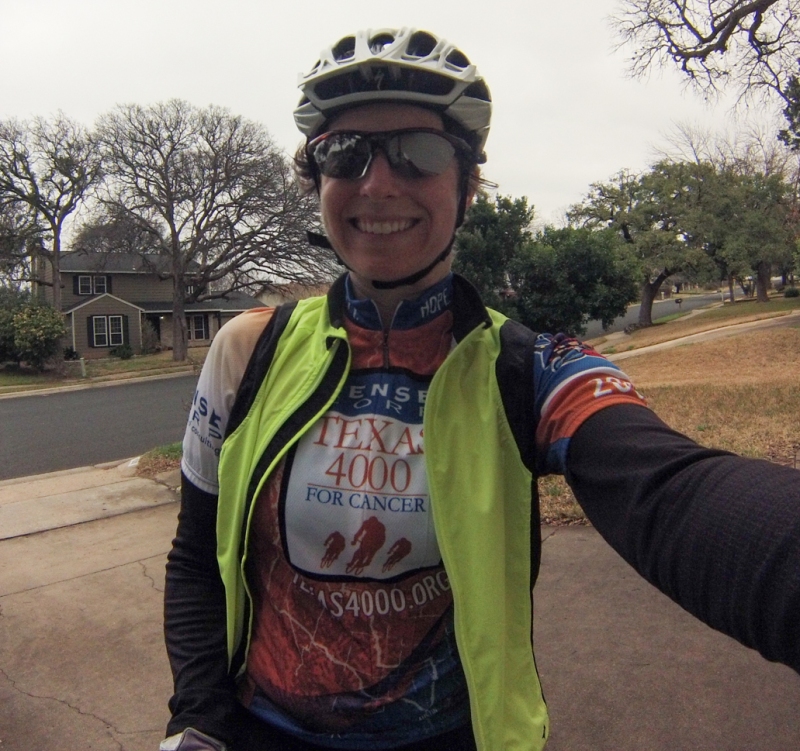 Over the last two weekends, I’ve officially started bike training for Bike MS: Sam’s Club Round Up, the Bike MS event I’m choosing to ride in for this year. The two day ride will be up in the DFW area. I haven’t set up my fundraising page, but don’t worry, I’ll share that soon. For now, I just wanted to share a few photos from my 35 mile training ride today because it was such a gorgeous day. I mean, look at the blue sky! I tried out a few new roads up in NW Austin. They weren’t even just new to me, but they also seemed to have been recently constructed or resurfaced.

Are you ready for my ride recap? 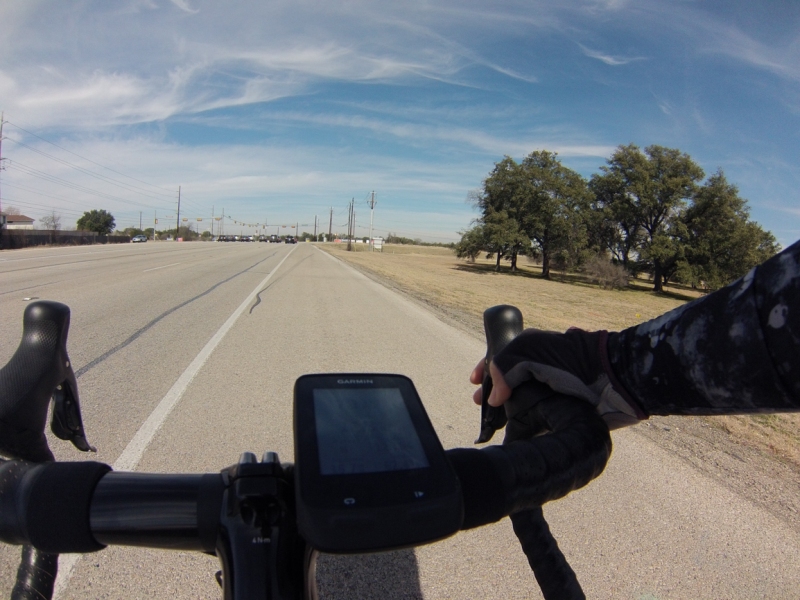 My ride started by passing the new paved trail the city is building that connects Walnut Creek Metro Park with Balcones District Park, west of Mopac. The trail is behind the orange fence on the left:

Just earlier today I read an article about the new Apple campus in Austin, looked at some photos, and then rode right by it. It’s just one building and a parking garage on Parmer Lane, but I believe they are planning to build more:

A nice smooth road and a lovely sky:

An old farmhouse along a new road:

Repaved road with a new bike lane, headed east off of Parmer Lane, north of 1431. 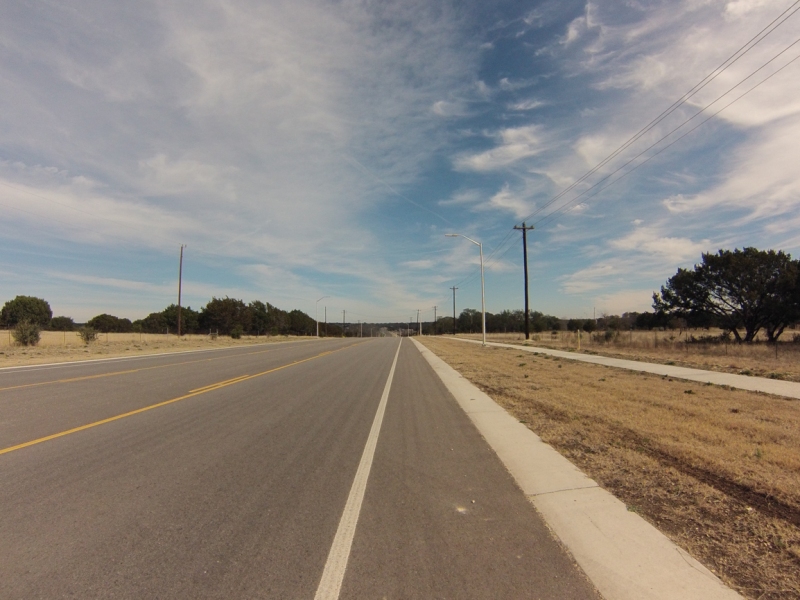 There were 3 back to back churches along Sam Bass Road: 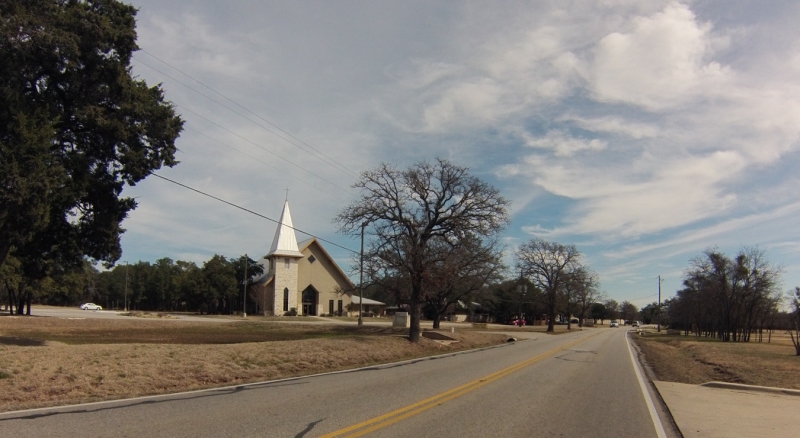 The Dog House, an off leash dog park plus bar in Cedar Park!

On the way back, I got a picture of the Apple sign: 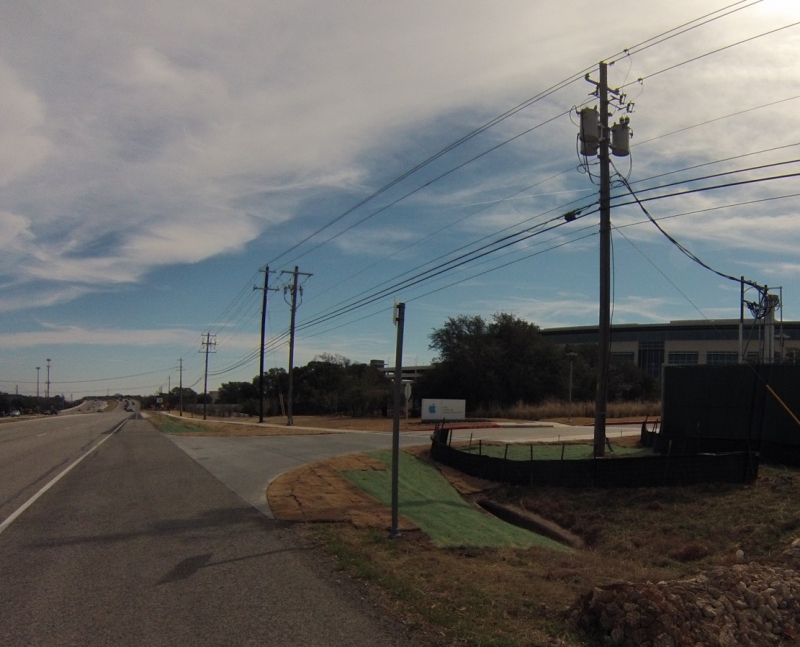 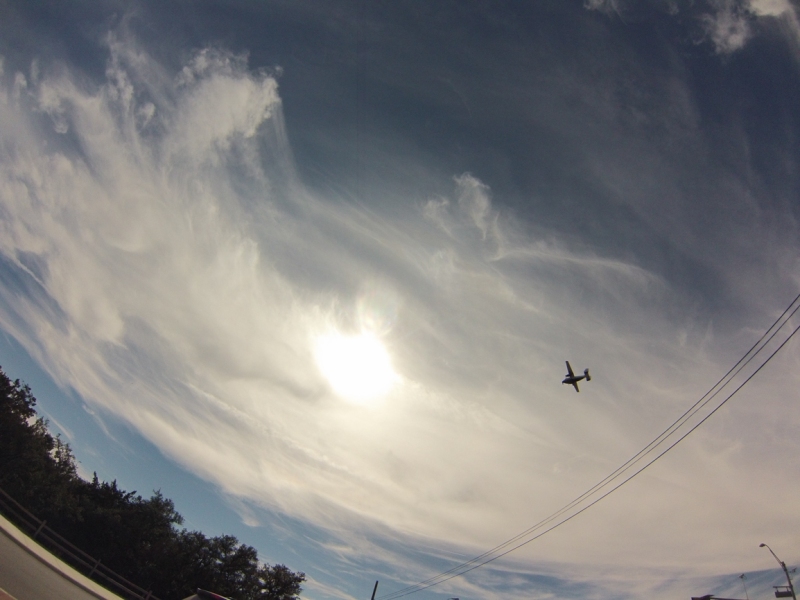