I recently stumbled across this recipe from five years ago, published in the New York Times about how to make bread without kneading. And it includes yeast. I had never made bread with yeast other than in a bread maker before and I was anxious to try this method after getting a dutch oven as a gift.

My new dutch oven is 3 quarts and the recipe makes reference to a 6 to 8 quart dutch oven so I decided to try to divide the recipe in half. I tried this twice. The first time was a disaster after just halving the ingredients exactly. The second time I used more yeast and more water and had better results. However, I decided that it would be better with actual bread flour instead of whole wheat flour and that I should use fresh yeast. After getting the new ingredients I went straight for the whole batch the first try. Huge difference! The 3 quart dutch oven worked just fine. I also only let the dough sit for about 6 hours instead of 12 before kneading it just a bit and letting it rise for about 3 hours instead of 2. It was hard to work the bread’s schedule into my schedule this weekend. 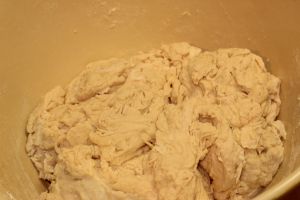 After kneading into a round shape and allowing to rise under a cotton towel (in a bowl so that the dough rises up instead of flat):

After baking, the bread is beautifully crusty:

The crust is quite thick, but after wrapping in foil and refrigerating the loaf, it wasn’t quite so hard. Just out of the oven: 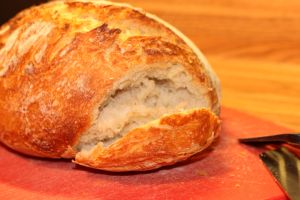 You can see the bread is light and fluffy inside. Very chewy and quite delicious especially when toasted:

I definitely plan to make this again! Probably will try adding some herbs like rosemary or thyme sometime soon. 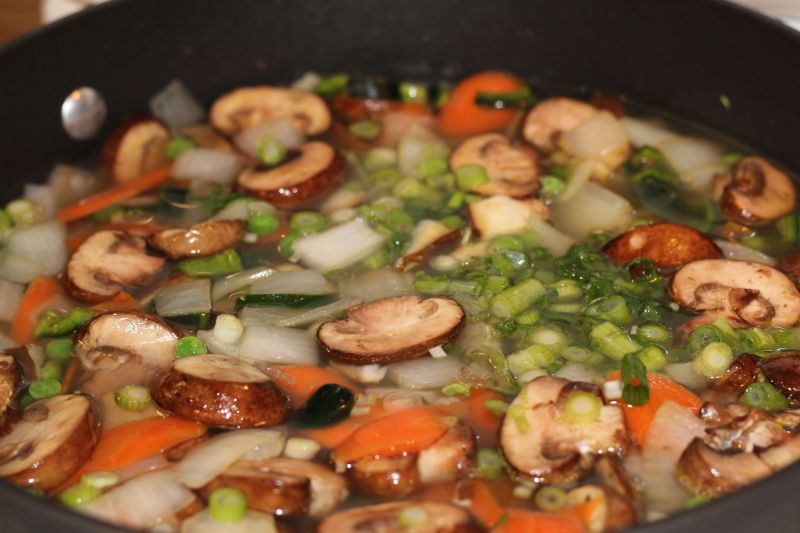 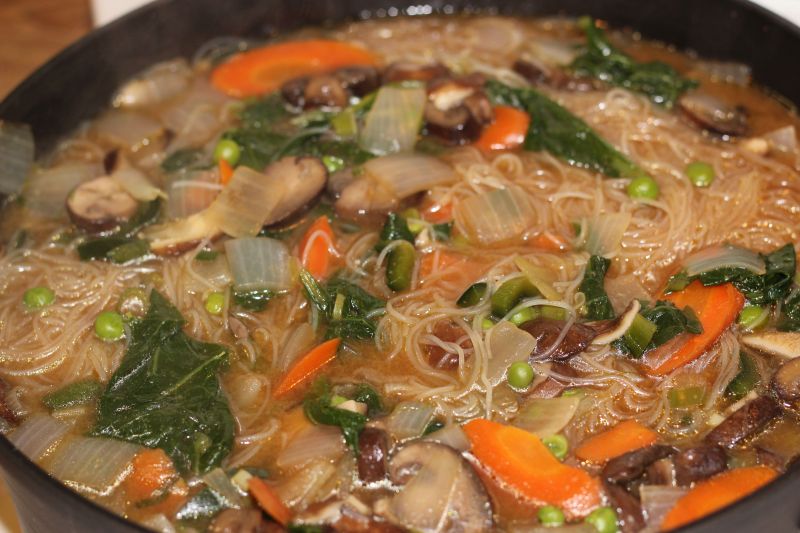 The thing I like best about edamame hummus (or spread if you insist hummus is only made of chick peas) is its beautiful light green color. OK, really what I like best is the taste but the color is a close second, especially since my kitchen is basically painted the same color. It’s also seriously easy to make since I don’t add any extra flavoring. 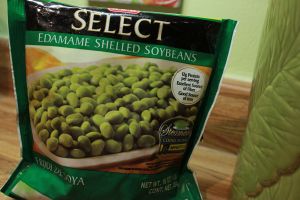 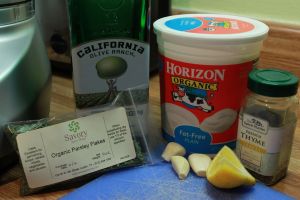 Cook edamame according to instructions. I buy the kind that steams in the bag in the microwave. Add the entire bag (or less if you want to use edamame for something else) to your food processor. Also add minced garlic – I used 3 big cloves, which is pretty garlic-y, juice from a quarter of a lemon, a drizzle of olive oil, salt and herbs to taste. Add about 3 dollops of yogurt and turn on the food processor for about a minute. Check the hummus. Continue to add yogurt and run the food processor until you reach the desired consistency.

Kale crisps… learning how to make them right

Kale is delicious, as I’ve mentioned before. Early in 2011 I started reading about making kale chips / crisps and tried it myself. Using my oven, they came out tasty but you had to eat them right away or they didn’t stay all that crispy. Fast forward to now. As a gift this year, I got a Nesco food dehydrator. Technically, I got it to make my dog sweet potato chews, which are quite pricey to buy. I will try to make those soon and post my results. My food dehydrator is simple, with just an off and on switch, no temperature settings that many dehydrators seem to have. I wasn’t able to find out how long I should dry the kale, so I had to experiment. I tried making both the curly and flat leaf kale and I found that the curly leaf kale definitely tastes better.

Rinse kale thoroughly. Make sure to check the underside of the leaves for any bugs. Tear it into pieces about 1.5 – 2 inches. Don’t bother with the small pieces on the stems because they will wither away and just look like crumbs. Dry the kale – a salad spinner works well for this.

Put about half of the kale into a large bowl. Drizzle a small amount of olive oil and add some spices. Roll up your sleeves and use your hands to knead the kale to get the oil to coat the kale leaves. I found that using a spoon didn’t coat the leaves well enough. After you have kneaded in the oil, the kale will have wilted a bit and now you can put the other half of the kale in. If you had plenty of oil already, you can just continue to knead to spread the oil. If needed, add another drizzle of oil. Continue to add spices to taste.

After the oil and spices are spread, arrange the kale on the dehydrator trays. Don’t layer too much, but you can definitely crowd it on the trays.

Then, turn on the dehydrator. After about 3 hours, the kale should be done!

Store in an air tight container and enjoy!

I used to make an apple crumb pie for Thanksgiving. It was good, but I don’t really like to mess around with real pie crusts so I always just bought a frozen crust. That was probably the downfall of my pie.

Then one magical day, I discovered the world of making apple crisp. Ok, so someone else actually made it and I was so enamored that I had to have the recipe. She obliged and now it’s one of my favorite fall and winter desserts to make. I’ve changed up the recipe a bit to add more spice of course.

Chop apples. Peel them if you like, but I like to leave the peels on. Place in a baking dish and toss with water, cinnamon and ginger. 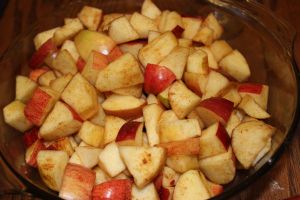 Combine topping ingredients. Stir together by hand until combined. No mixer required. 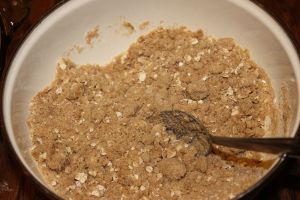 Spread topping on top of apples. Bake at 350 for 45 minutes or until apples are soft. Hard apple cider in a Christmas glass is optional, but highly recommended for the cook.

It was so good I didn’t even get a picture of it before it was partially eaten.