It’s official! I’ve registered for the Bike MS Rock ‘N Hot Ride in Arkansas, which goes from Little Rock to Hot Springs and back in September. It’s been on my Bike MS bucket list for a few years, so it’s time to check it off. I’ll be sure to share my fundraising page as soon as I get it put together and make my donation!

I realize this bike training update it a bit late. I thought I’d work on it while we were on vacation in Saint Martin, but that did not happen. It was vacation after all, and I did blog about that trip, mainly so we could remember what exactly we did while we were there.

Anyhow, way back in mid June we went up to Oklahoma City for a wedding, with a pit stop in Fort Worth. On Saturday, I got to ride 66 miles straight north and meet Carl in Salado. From there we continued driving to Fort Worth. It was, of course, windy out of the south so I got a nice tail wind which helped me keep a high pace. With all of the charity rides I’ve done out of Georgetown, many of the sites on my route were familiar. 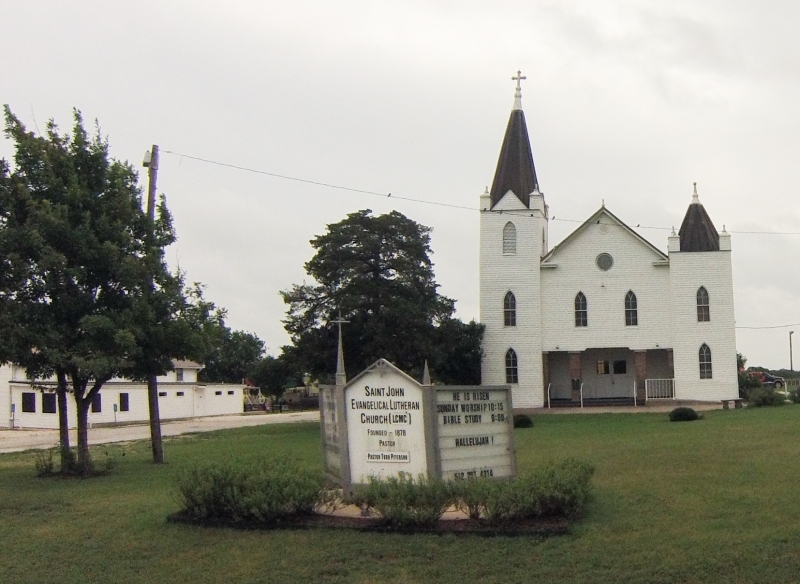 The flatness with a smattering of trees:

Cool pond with some cute miniature buildings in it:

Historical marker about the handful of graves you can barely make out in the middle of the field: 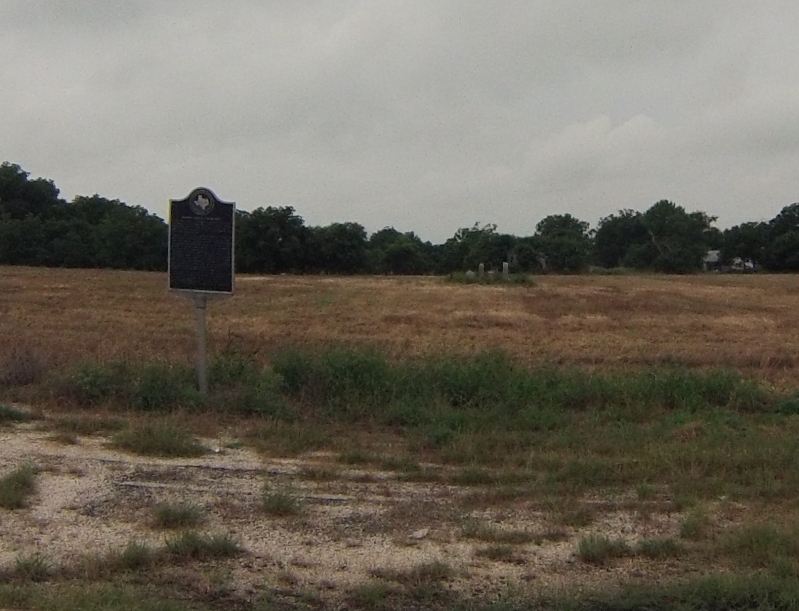 This seemed to be some sort of water park, probably for waterskiing:

Pretty purple flowers along the roadside and white picket fence: 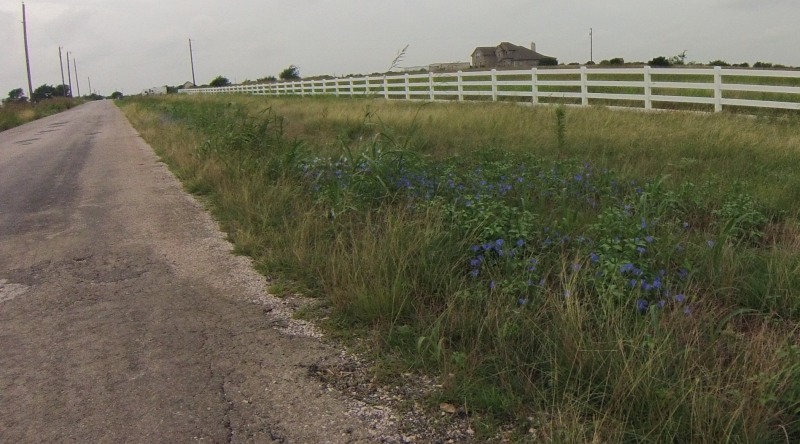 Mix of old and new cemetery: 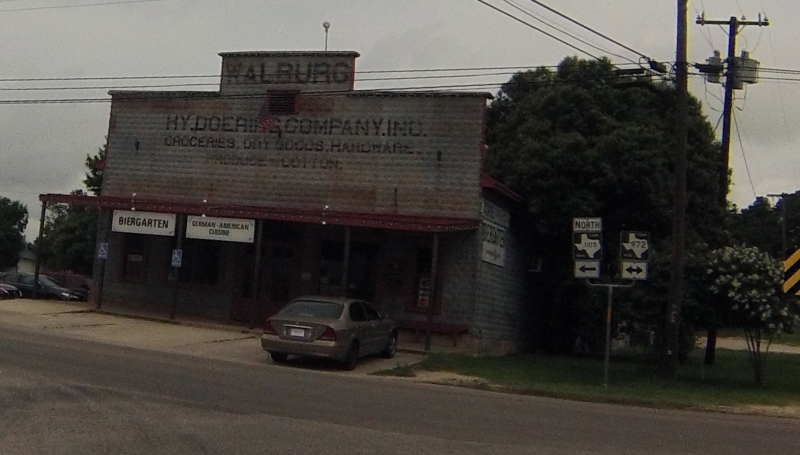 Deer along the side of the road: 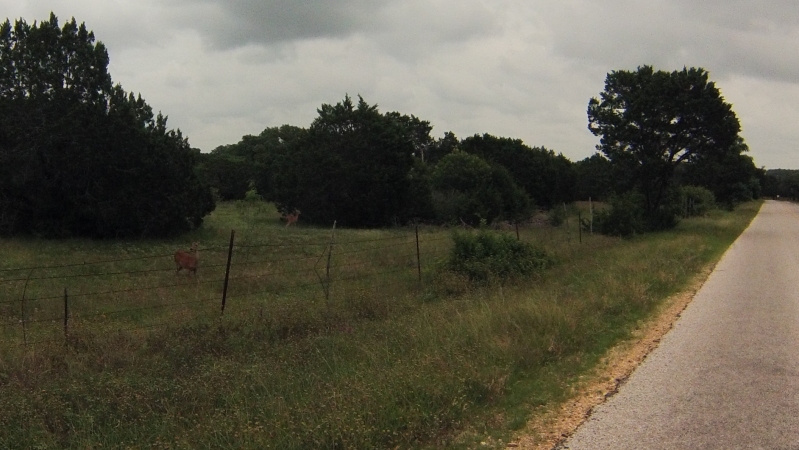 On Sunday I headed out from my in-laws to do a shorter 28 mile ride on the Fort Worth trails. Overall, this ride was much better than a ride I did around Fort Worth a few years back. One of my first sites was a large Fort Worth church to contrast with the country church from the day before:

I had to ride for a while before making it to the Trinity Trail, Fort Worth has this terrible way of marking all lanes with these rounded white domes that could certainly eject you from your bike if you’re not careful: 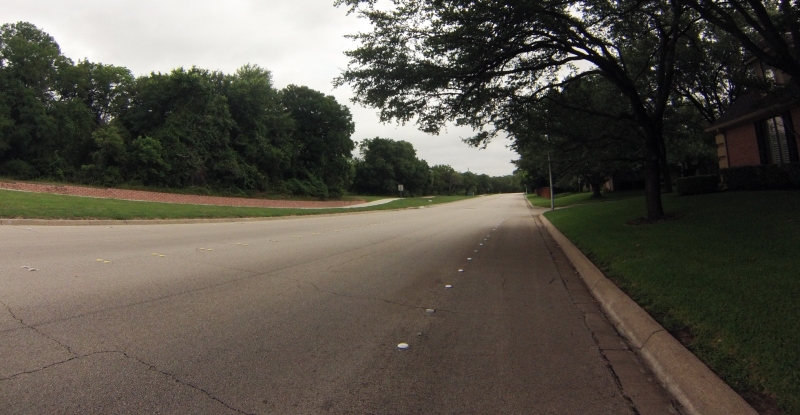 Shortly after getting on the trail, I had to cross to the other side of the river. The low water bridge was partially covered by about an inch or two of water. I’m not sure I would have tried the crossing bridge if I hadn’t seen two cyclists cross it in front of me:

Close up view. I had to get off my bike and step over some of the logs.

After not very long, I came up on a running race on the trail. It was a 5K / 10K / Half Marathon. And it was hot. These runners at the furthest point were running the half. I question the judgement of the group that decided to schedule a half marathon in the summer in Texas.

The Trinity Trail has had a number of improvements lately, including this cool looking bike sculpture which likely also doubles as a bike rack.

It was a bit of a pain to continuously pass runners, especially when they were running in both directions.

In a couple spots the river flooded over the trail and there were alternate routes, including just riding on the grass. 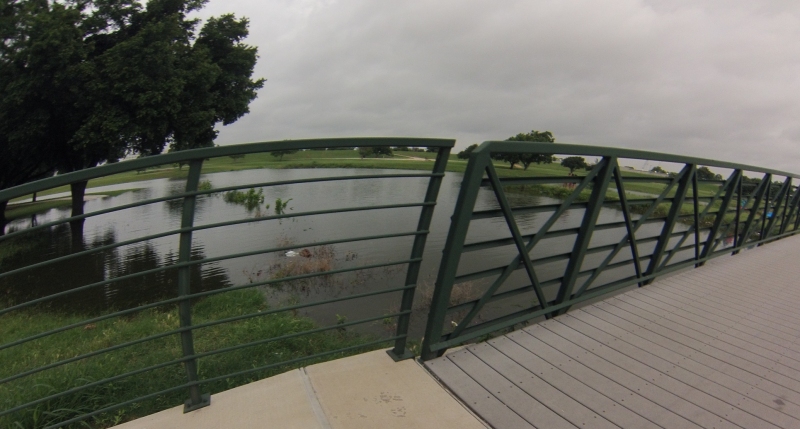 The spot where I got off the trail had a bike share station.

Downtown Fort Worth had some nice bike lanes.

A nice historic neighborhood that I rode through.