So it’s been a while, at least a few weeks, since I last blogged about figs. No worries though, because I made fig preserves for the first time with the last batch of ripe figs. I even canned them and everything. I usually shy away from canning but it seems to have worked out. 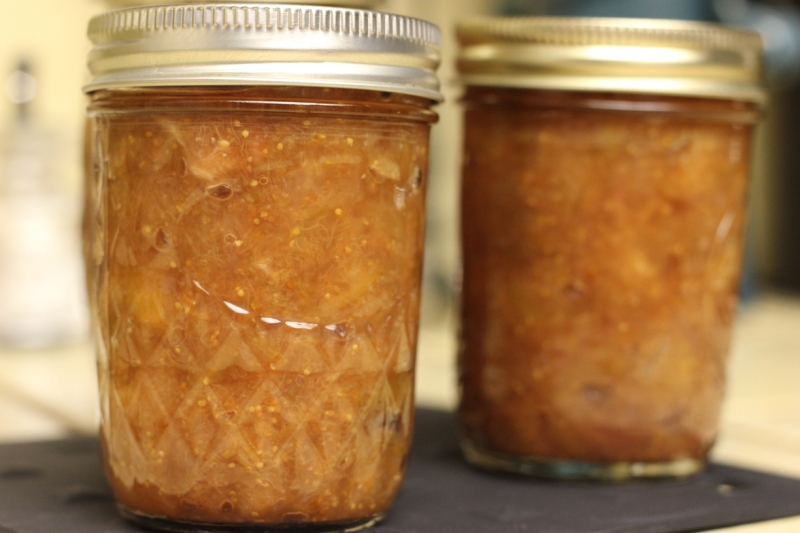 After a bit of reading recipes, I decided I could make fig preserves with only a few simple ingredients:

Oh yeah, I used almost all of those figs.

So I got out all of the figs in our fridge and started cutting them up. I removed the stems and any skin that was damaged or excessively green. For the most part though I left the skin on.

After chopping, I put the figs in a saucepan with some white sugar. I went easy on the sugar because I know many times jams and preserves turn out super sweet.

The figs and sugar cooked down for quite awhile, probably at least 30 minutes. I also liberally added cinnamon and ginger to the mixture, as well as the juice of a small lemon towards the end of cooking time. At the same time, I processed my jars and lids for the canning. 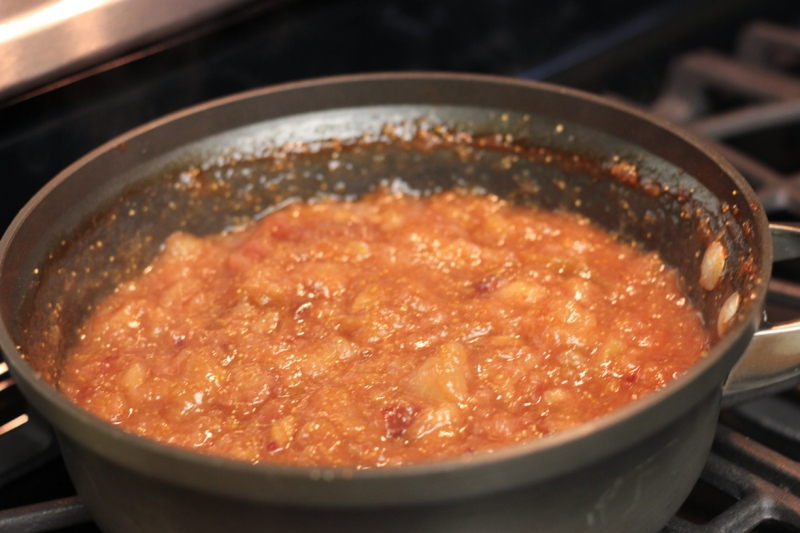 After the figs were good and cooked (see above) it was time to fill up the jars. Let’s just say that I really need to invest in one of those funnels used for canning. I think I’d make less of a mess. I was able to fill four jars and then put them in the water bath to process for 10 minutes. One jar wasn’t completely full so it didn’t end up sealing. I put that jar in the fridge right away and have been enjoying it ever since. Yum. The fig preserves could be a bit sweeter, but if you eat them on a honey maid graham cracker, they are perfectly matched with the honey. When I eat them on toast, sometimes a sprinkle a bit of extra cinnamon and sugar on top. I am almost done with the first jar and ready for my second!

Other things to do with figs:

Time to freeze some figs