On Wednesday we packed up all of our stuff for our last ride down the crazy hill that our condo was located on and headed to the beach town of Jaco, about an hour drive north. During the trip we pulled over to take a look at Playa Hermosa, a black volcanic sand beach with huge waves. 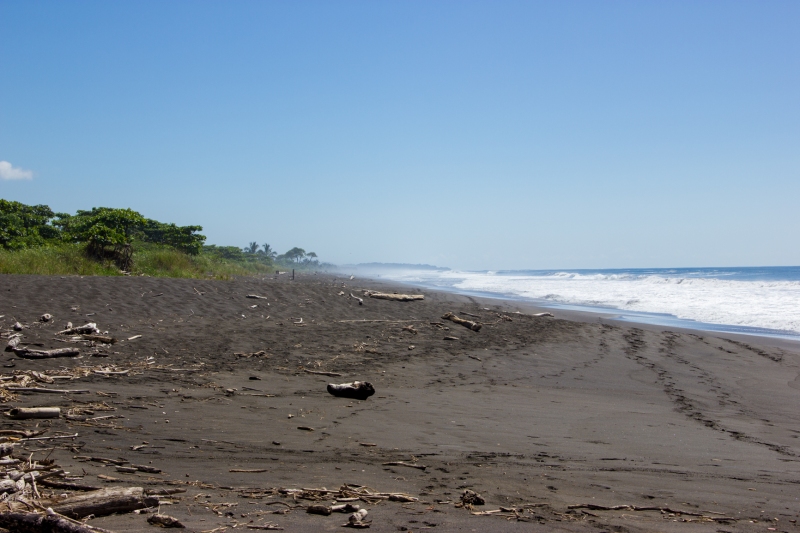 After checking into our condo we walked around Jaco for a bit, checked out the beach, and then had lunch at the Tacobar. 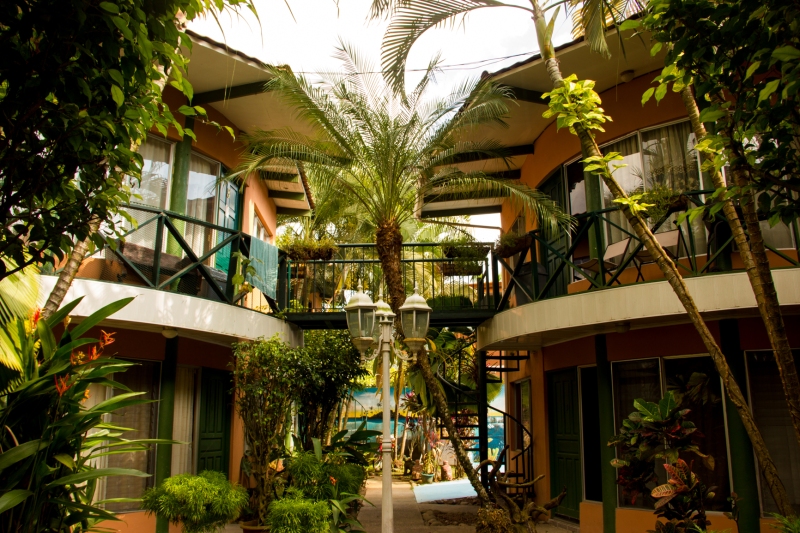 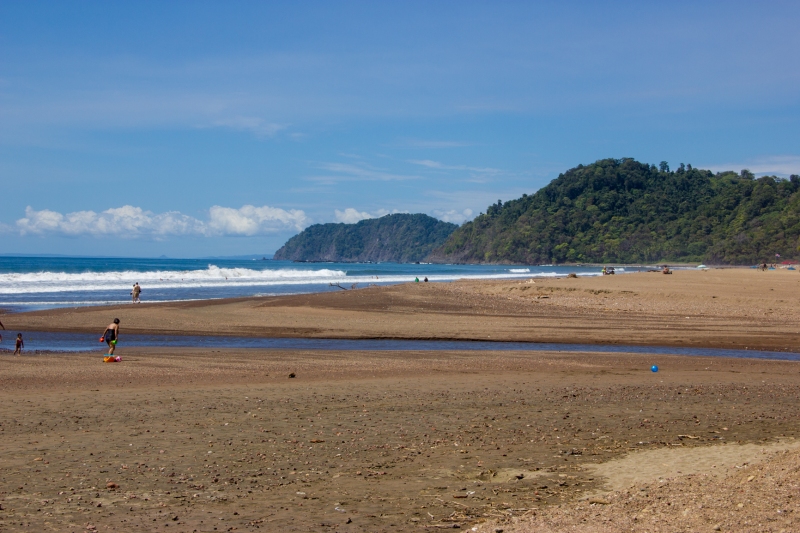 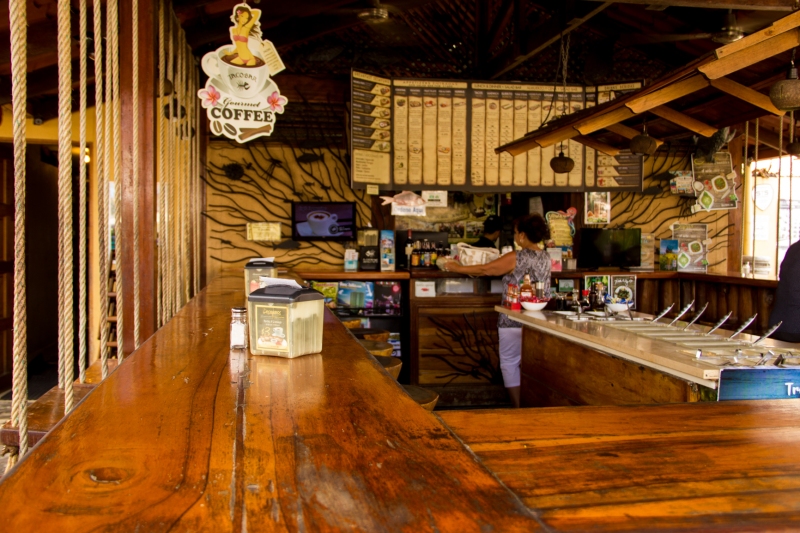 Tacobar has swings you can sit on along the bar, and a salad bar for extra taco fixings

During a later afternoon walk, Carl and I finally saw some Macaws! There were 6 of them sitting in a tree near the beach until Carl got too close and scared them off. They sure do squawk a lot! 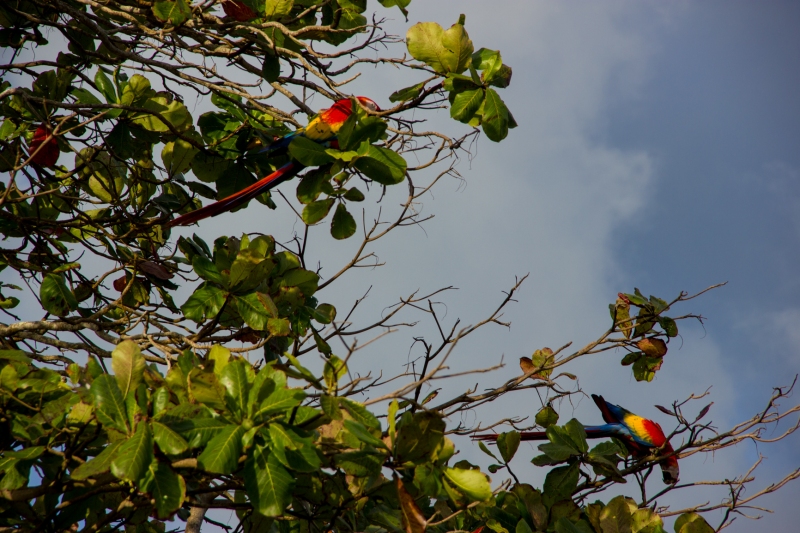 We also found a microbrewery in Jaco called Puddle Fish. We later went to the attached restaurant, Side Street for dinner. 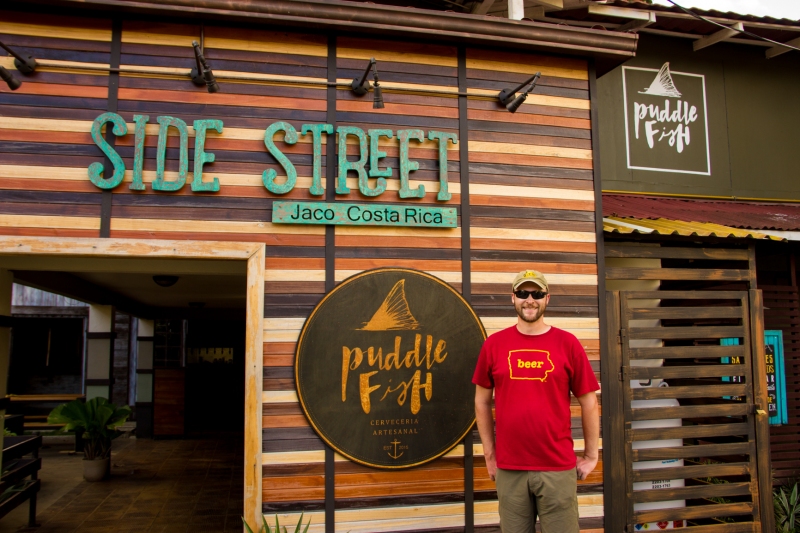 On our way to dinner we went through the town park and took in the Christmas lights. Dinner at Side Street was good, but they were out of many menu items and almost all of their house brewed beer due to some holiday party they hosted the night before. Needless to say, Carl was disappointed. 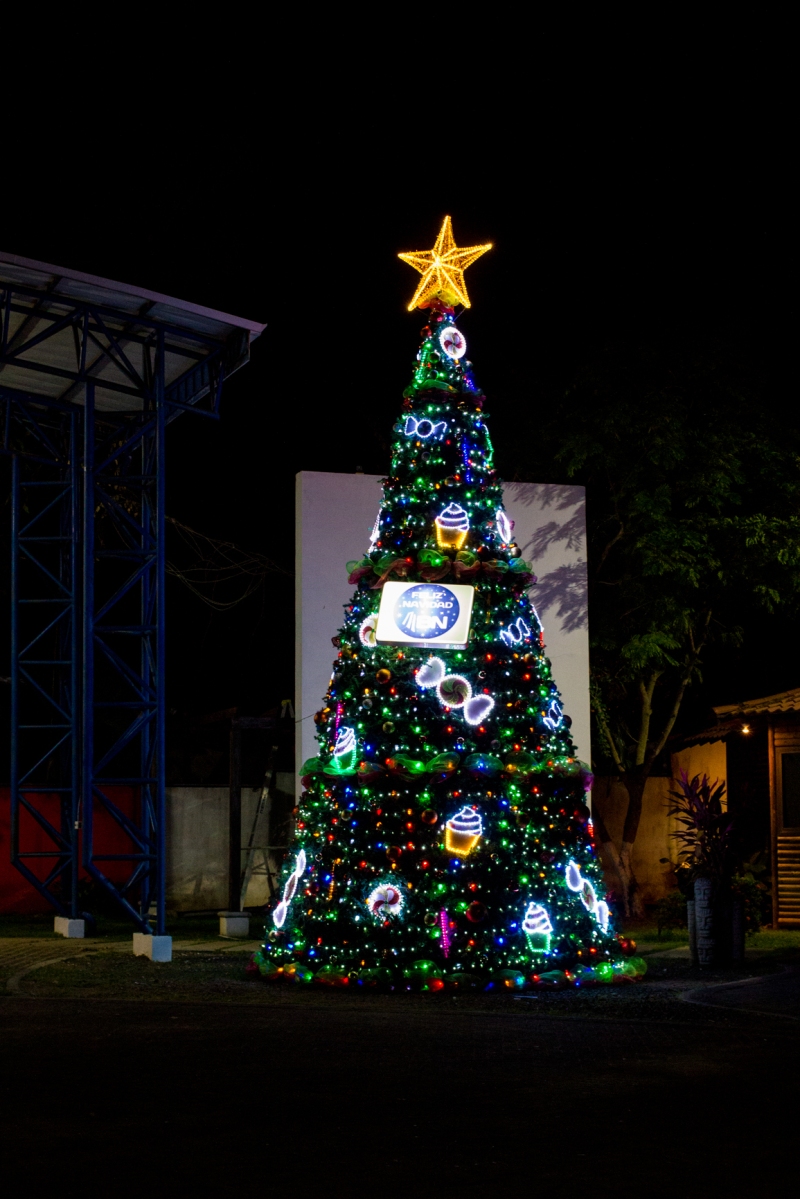 On Thursday we left Jaco after picking up some pastries from a local Panaderia and headed north again, this time towards La Fortuna and the Arenal Volcano. On our way we paused at the Crocodile bridge, a place where many crocodiles apparently hang out. This fearless white bird just stood in the middle of them until one came too close and it would flutter to a new spot about 10 feet away. 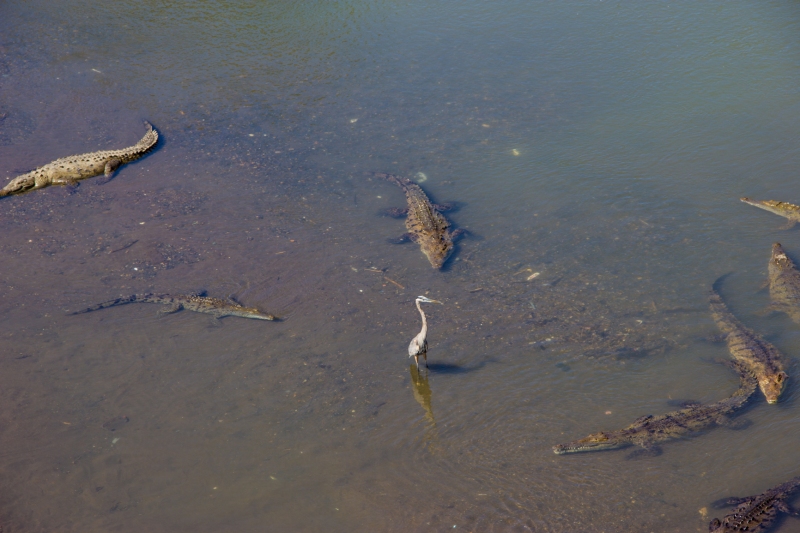 We stopped for a short nature walk at Carara National Park. Immediately after I stopped for this photo of me and an anteater statue Carl pointed out a live one! It took some patience to get a photo of him through the trees in the light, but eventually I did. 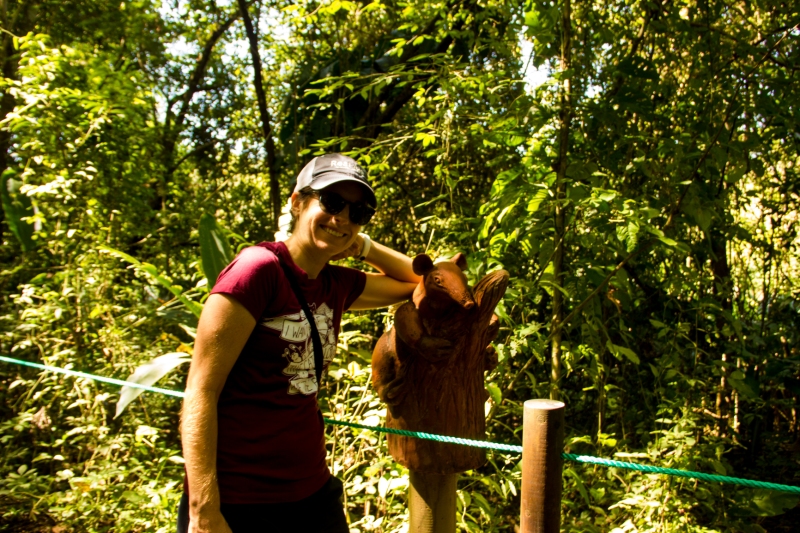 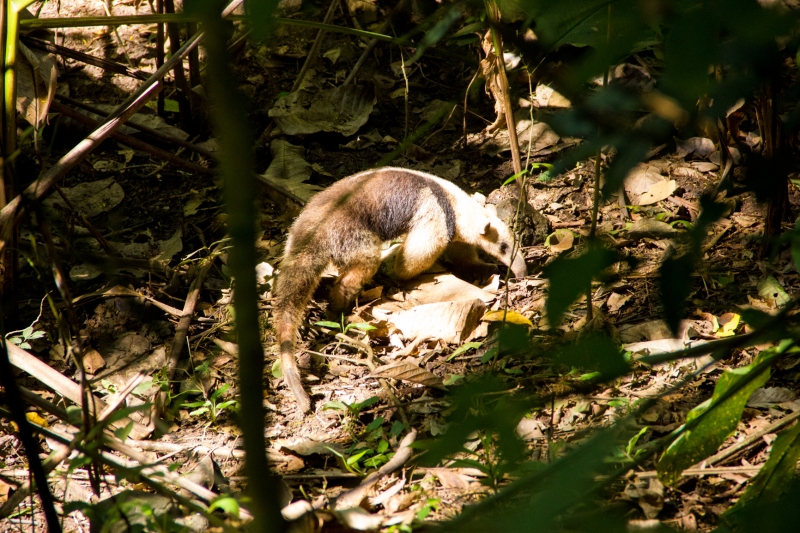 Anteater! Furrier and cuter than I expected.

The next part of our trip was quite an adventure. We were using a combination of offline Google maps and Maps.Me for GPS navigation and both sent us on a very rough back road towards Arenal Volcano. We got some lovely views up in the mountains. 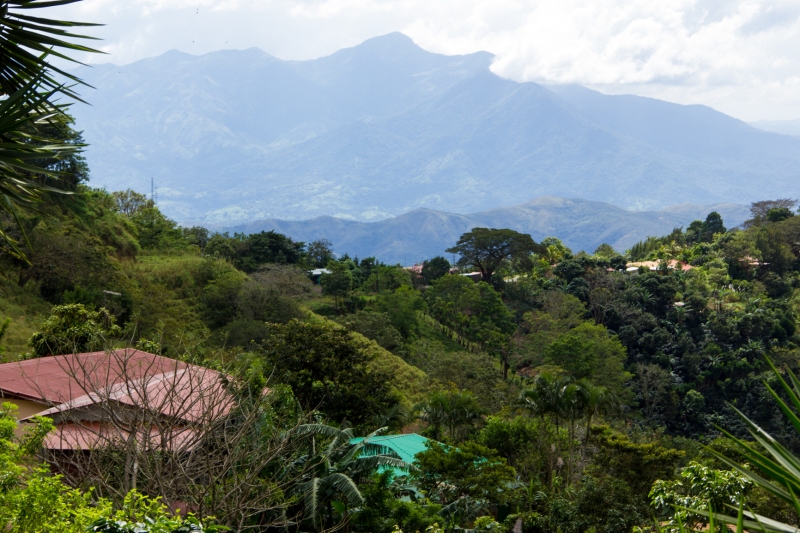 The road turned to gravel at some point, and had some very steep inclines. Eventually, not too far past the photo below, we came to a section that our rental car absolutely could not make it up due to the incline and ruts in the road. We had to turn around and head back to a more established route, no thanks to Google or Maps.Me. 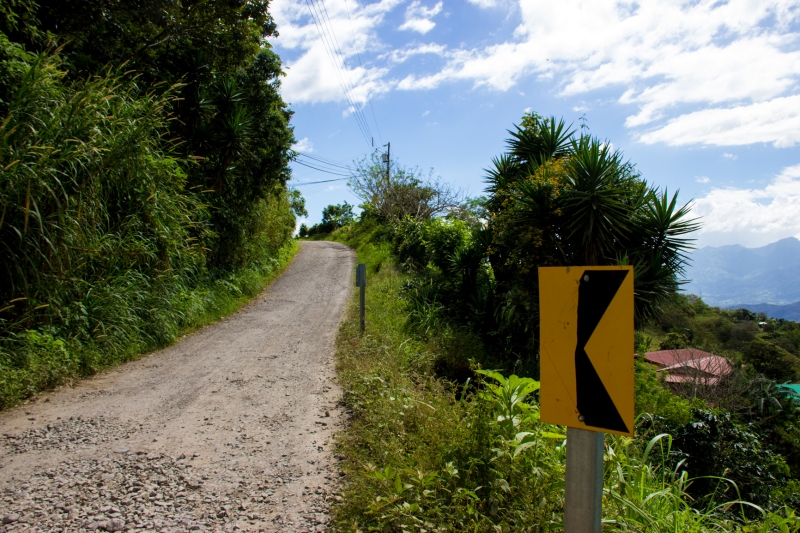 After driving most of the daylight away we finally arrived at the Arenal Paraiso Resort & Spa just in time to watch the sunset. We kept our fingers crossed that the top of the volcano would show itself, but the cloud cover would not go away. Our cabin did have a nice little porch with a view of the volcano. The resort has hot springs on site so we made sure to take advantage of that amenity in the evening. 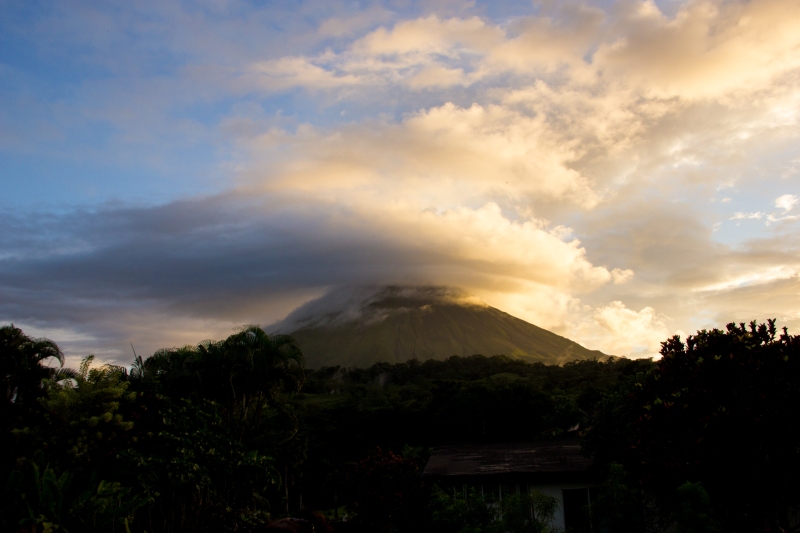 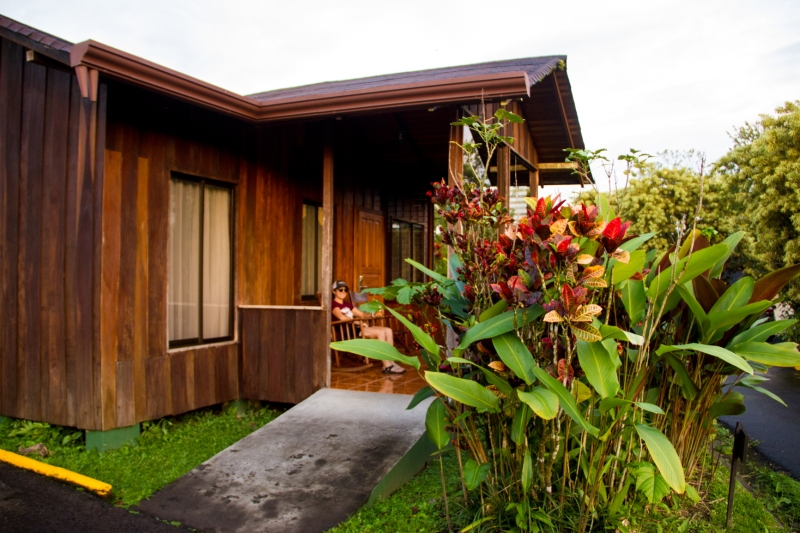