We attended a wedding along the North Shore of Lake Superior in Minnesota over Labor Day weekend. And I do mean north – we flew to Minneapolis and then drove straight north through Duluth to Lutsen along the shore of the lake. We had mostly lovely weather on our trip and my father-in-law ferried my old bike up from Iowa so that I could ride it in Minnesota. I know, he’s pretty awesome.

The wedding started fairly early on Saturday, so I had to get out early to get ready in time. There’s really only one paved road to put in significant mileage along the North Shore. I chose to go north because the traffic was lighter and road shoulder was nice. I rode just over 60 miles  (Canada wasn’t that much further north!) and got some lovely photos.

On Sunday, my husband and I rode south along the Gitchi Gami trail down to Temperance River State Park, did a bit of hiking, had lunch, and rode back up to Lutsen for a total of 23 miles.

This is my 9th year riding in a Bike MS event and I’ve raised over $15K during the last 8 years for the National MS Society, thanks to many generous friends and family. I fundraise because I believe that MS can be cured in my lifetime and I’ve known too many people affected by this disease. Will you join me in the fight against MS? The big ride is just two weeks away in Oklahoma!

These two buildings, plus just a few more, make up the entirety of Lutsen

A glimpse of Lake Superior

Going down over a ridge

Entering Grand Marais – you can just barely see the lake

Beginning of the shopping area 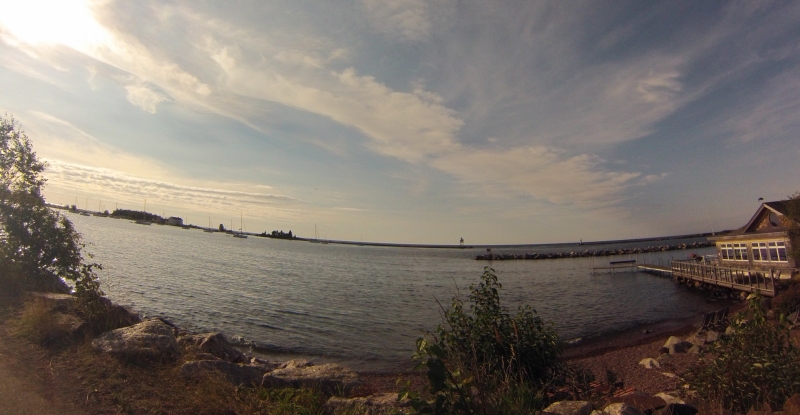 Riding along the harbor

On the north side of Grand Marais

Crazy sculptures and rock piles in front of this house 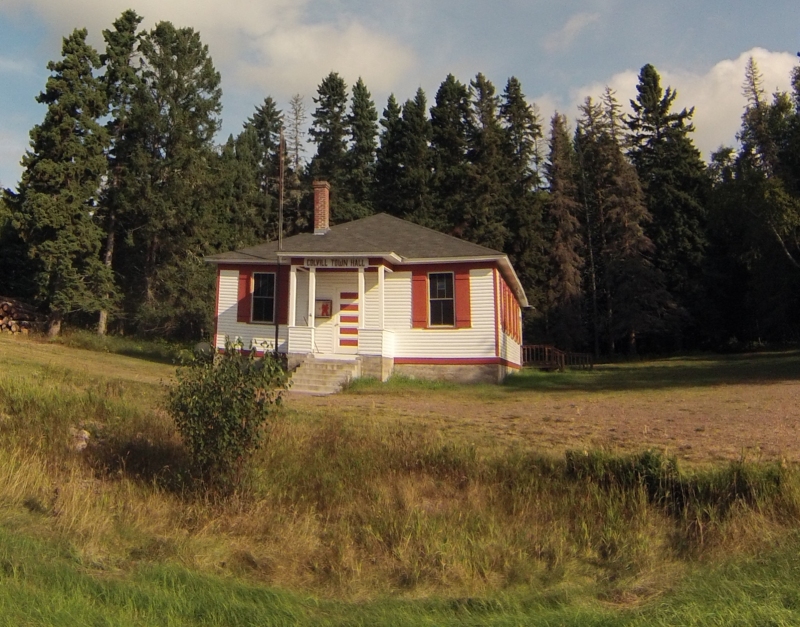 View of the lake

Close up of the rock piles

Some small purple and yellow wildflowers

Enjoying the wedding later that day: