Two thanksgivings ago, I made a bread pudding as our stuffing for thanksgiving. It was delicious, rich, cheesy, bready… but it wasn’t exactly stuffing. So this year, I went the opposite direction and found a stuffing without any cheese, yet it was still moist and flavorful. Kale and caramelized onion stuffing from the Smitten Kitchen. In the version I cooked up, I used slightly less olive oil, added a bag of sliced cremini mushrooms, and went the vegetable broth route. It was awesome and the caramelized onions were so so good.

First, I shaved off the crust of the sourdough loaf and cut it up to toast. It was a few days old and quite hard to get the crust off actually, but in the end you couldn’t tell at all.

I actually caramelized the onions the day before I put together the stuffing since they take so long to cook down.

On thanksgiving I finished assembling the stuffing and baked it. So much delicious kale, mushrooms and onions! 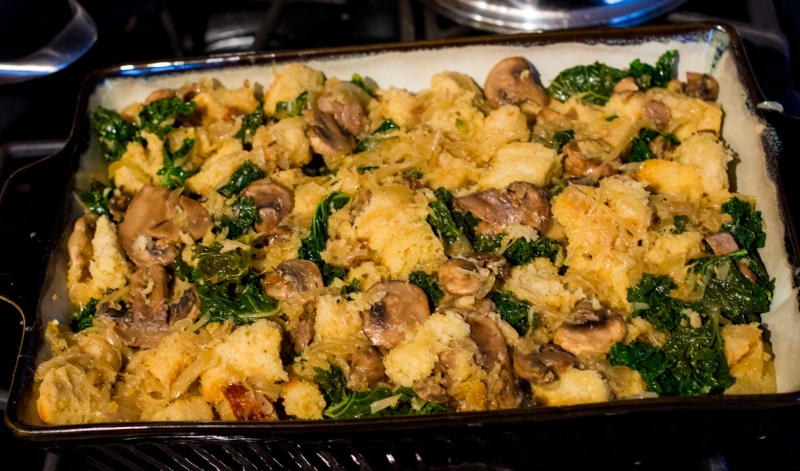