My Bike MS event is drawing closer, only two more training weekends left! The Bike MS Rock’n Hot Ride goes from Little Rock, AR to Hot Springs and back over two days, 140 miles, and 8,000 feet of elevation gain. I’ve been getting serious about riding the hills around Austin so I can be prepared for all of that climbing. This weekend I rode 112 miles with 6,900 ft of elevation gain to get ready. I ride in memory of my godmother Barbara Hoffman who died of the progressive form of Multiple Sclerosis in December 2014. Please consider supporting my 8th annual Bike MS ride and helping me meet my fundraising goal by donating to the National MS Society.

Saturday’s ride was a new route to me, heading due south from home into a decent headwind. The winds have been light these last few weekends so I was definitely spoiled and sad to deal with stronger winds again. I rode two extremely steep climbs, one to get off of loop 360 at its southern end and the other was coming up Barton Creek Blvd to get on 2244. I think I would have fallen off my bike if I tried to dismount and walk up either hill.

I started off just after 7 am with the sun just beginning to show itself.

The morning sun illuminated the enormous houses on the hills along 360.

The view to the west while crossing the 360 bridge:

I triggered the speed sign! I wasn’t speeding though…

Part of my ride went along the very southern end of Mopac to where it ends, passing the Slaughter Lane Alamo and this awesome artwork on the side of the building:

Part of the southern end of Mopac is fittingly sponsored by the Salt Lick: 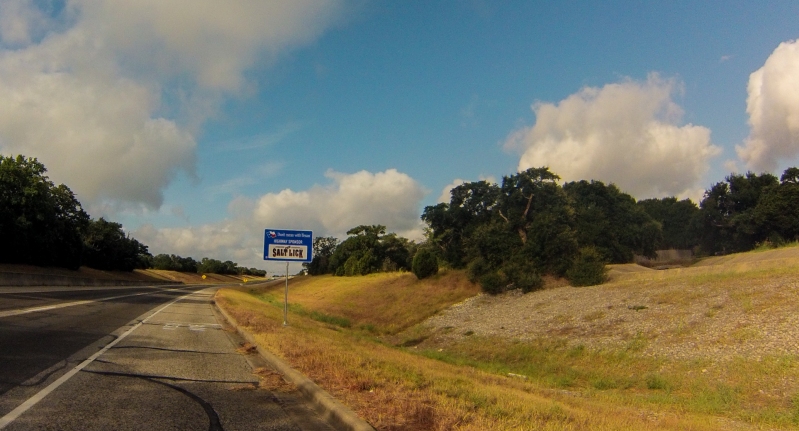 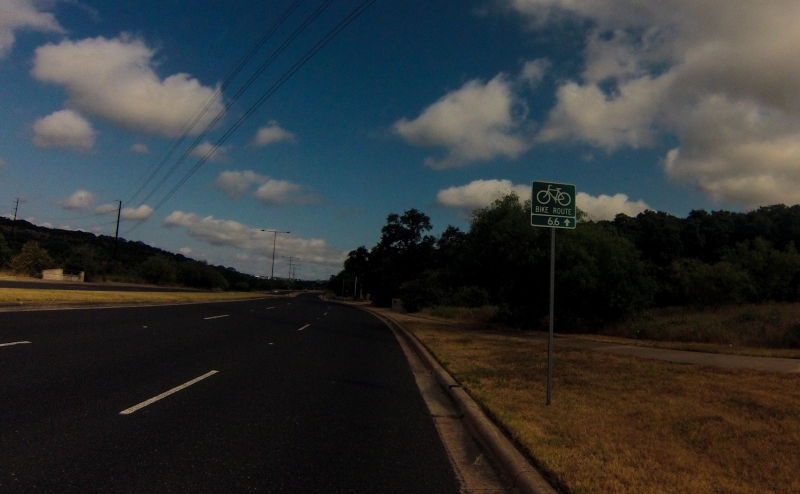 I took a meandering route through some neighborhoods off of Southwest Parkway. Through these stone gates are where the really really big houses live: 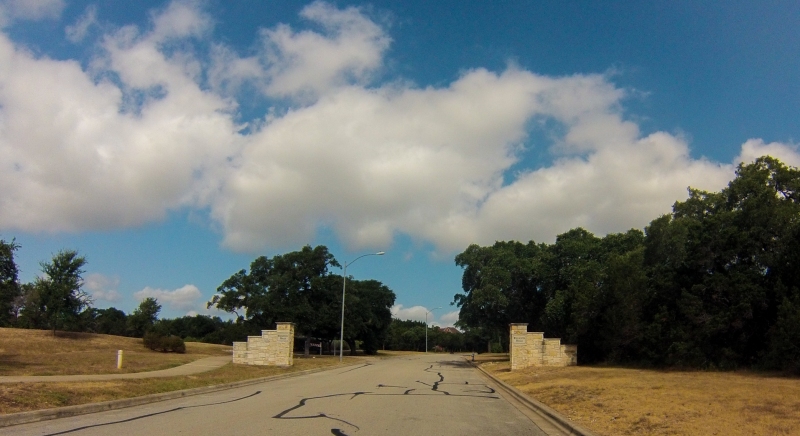 What you can’t see about this enormous house is that to the left is a covered walkway connecting to a whole other building, about as big as my house. Huge!

I turned on to Barton Creek Blvd and enjoyed some really nice rolling hill riding with beautiful scenery:

And then came the climb. So steep I wasn’t sure if I would stay on my bike. Luckily I did and I made it to the top to 2244. This picture of the top of the hill does not do it justice.

From there I headed over to loop 360 and back north to home for a 72 mile ride. 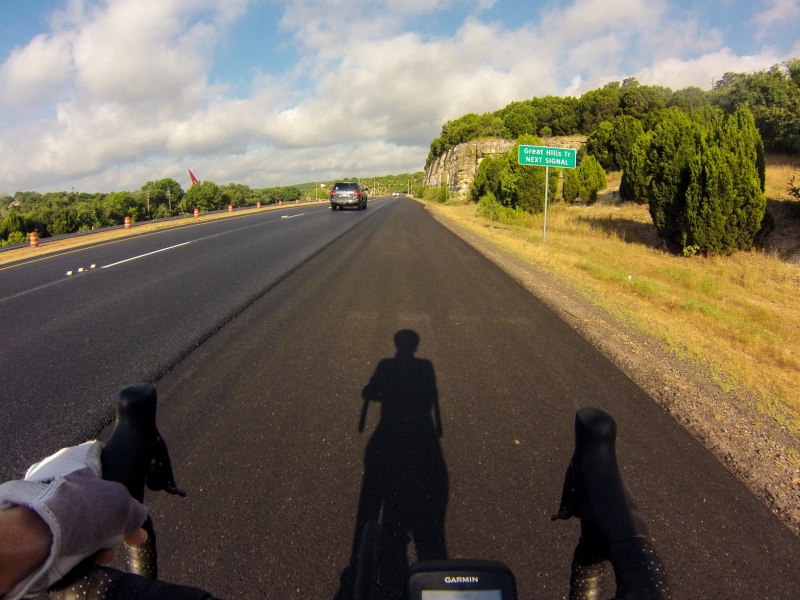 Bull creek from one of the bridges: 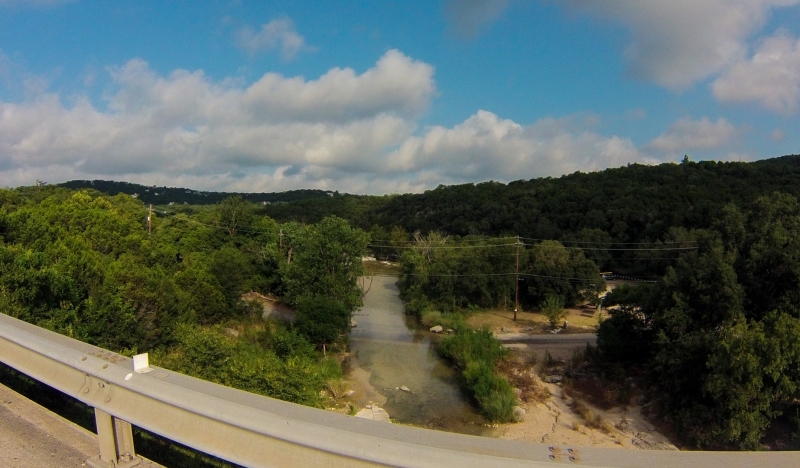 Midway Food Park, towards the southern end of 360: 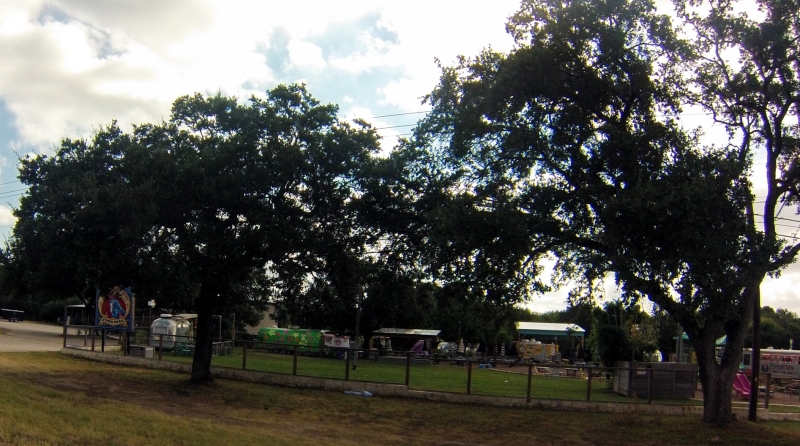 Big house up on a ridge:

My legs were definitely worn out after Saturday’s hills, but I’m glad I got in good hills on Sunday as well. After warming up for a bit on a few hills they stopped complaining.