And the countdown continues, only 2 more training weekends before Bike MS: Sam’s Club Round-Up Ride in north Texas during the first weekend of May! The ride goes from Frisco to Fort Worth with an overnight at the Texas Motor Speedway, 86 and 67 miles respectively. This is my 7th year participating in a Bike MS ride, fundraising for the National MS Society in honor of my godmother and other family members that have been affected by Multiple Sclerosis. If you can, please consider making a donation in support of my participation.

This weekend the wind was strong both days, blowing out of the south. For my long ride on Saturday, I planned a route that headed east from my house and then south pretty quickly, meandering through the outskirts of Austin down to Buda and then heading straight north. It was a ride full of surprises. Take a look at my photos while I remember the surprises.

The wildflowers were everywhere. Bluebonnets behind the fence, yellow flowers near the road:

At some point at the beginning of my ride, a large truck drove by with a Rottweiler hanging out the passenger window. Just as it passed me, the dog barked at me. I’m lucky I stayed on my bike. The BP MS 150 from Houston to Austin was this weekend, and I saw this sign in preparation for the riders rolling into Austin on Sunday.

Bluebonnets and Indian Paint brushes at MLK and 183:

I passed the Yellow Bike Project headquarters on Webberville:

A guy and his dog skateboarding along 5th street: 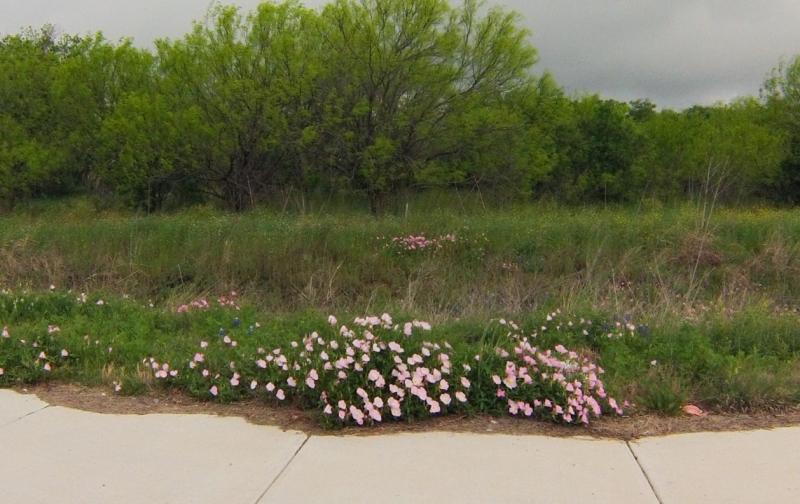 The yellow flowers are Engelmann’s Daisies.

The wind on this stretch of road was coming at my side and I had multiple moments of wondering what would happen when it blew my bike out from under me. The trees provided a bit of a wind break from time to time.

A place call Cleveland’s! No idea what it is, but it’s on the main drag in Buda.

My route called for me to ride up South First Street. I thought it had bike lanes, but it didn’t. I made the decision to cut over to South Congress instead. About the time I hit South Congress, I realized my bike wasn’t shifting the front derailler. It took me a bit, but I finally figured out the battery in my electronic shifting system (Shimano Ultegra di2) was dying. Apparently I hadn’t checked it in about two weeks. The good news is that the rear derailler continued to shift for the rest of my ride, which is more important then the front derailler anyhow. I’ve only charged the system twice in the year I owned it, so it’s hard to remember to check it. 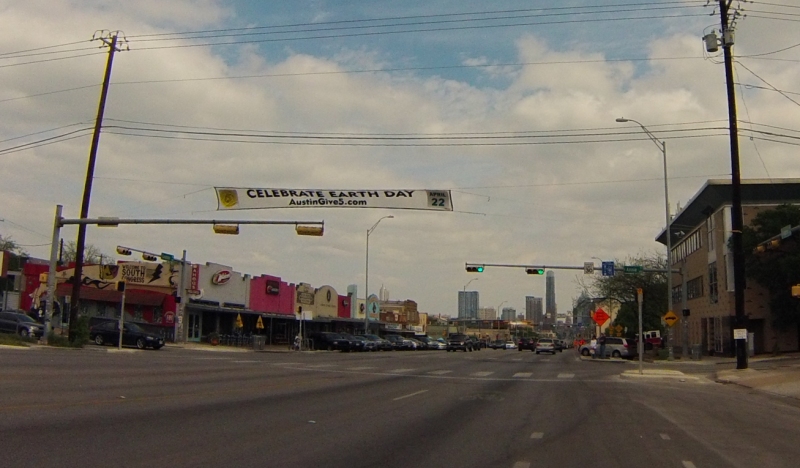 I crossed Lady Bird Lake on the pedestrian bridge only to find a surprise on the other side – a festival had closed down my route so it took me a bit of time to figure out the best way to get around it.

A new painting on the railroad bridge:

I finally made it home after 73 miles of adventure and headwind.

On Sunday, it was also windy so I headed out for a 30 mile ride around town. I didn’t take any photos because you’ve basically seen the route plenty of times before 🙂