A dinner made with beer

Recently we were on a salad eating kick, and we always like to have a slice of nice bread with our salad. However, we were out of bread so I decided to whip up a batch of beer bread yet again. This time I tried a recipe from Farmgirl Fare. I made the Garlic Herb version with a bottle of Avery White Rascal. 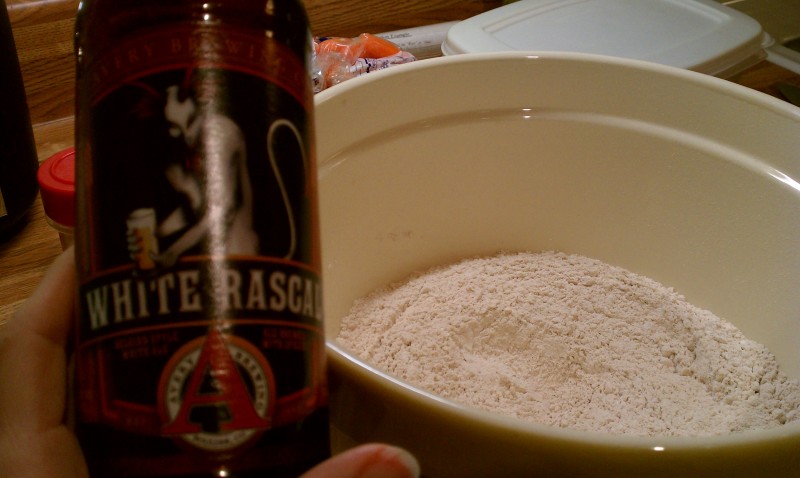 I skipped the glaze. It turned out pretty well, especially toasted with some butter. 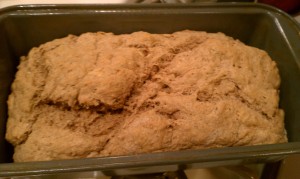 Because it’s starting to feel like fall, I settled on making french onion soup for dinner this week. I wanted to make a vegetarian recipe, so I modified this recipe from the Craftzine blog. My modifications were: 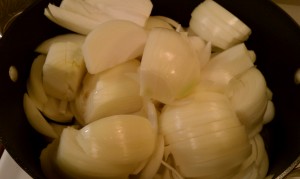 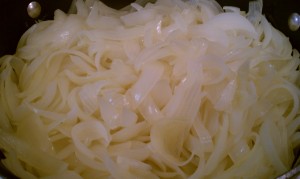 After simmering with the beer vegetable broth: 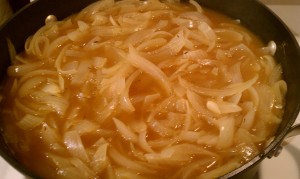 I then ladled the onion soup into a soup crock, topped it with a slice of the beer bread mentioned earlier, and covered it with cheese. After baking in the oven for a few minutes and then using the broiler to finish the top, it was ready to eat! 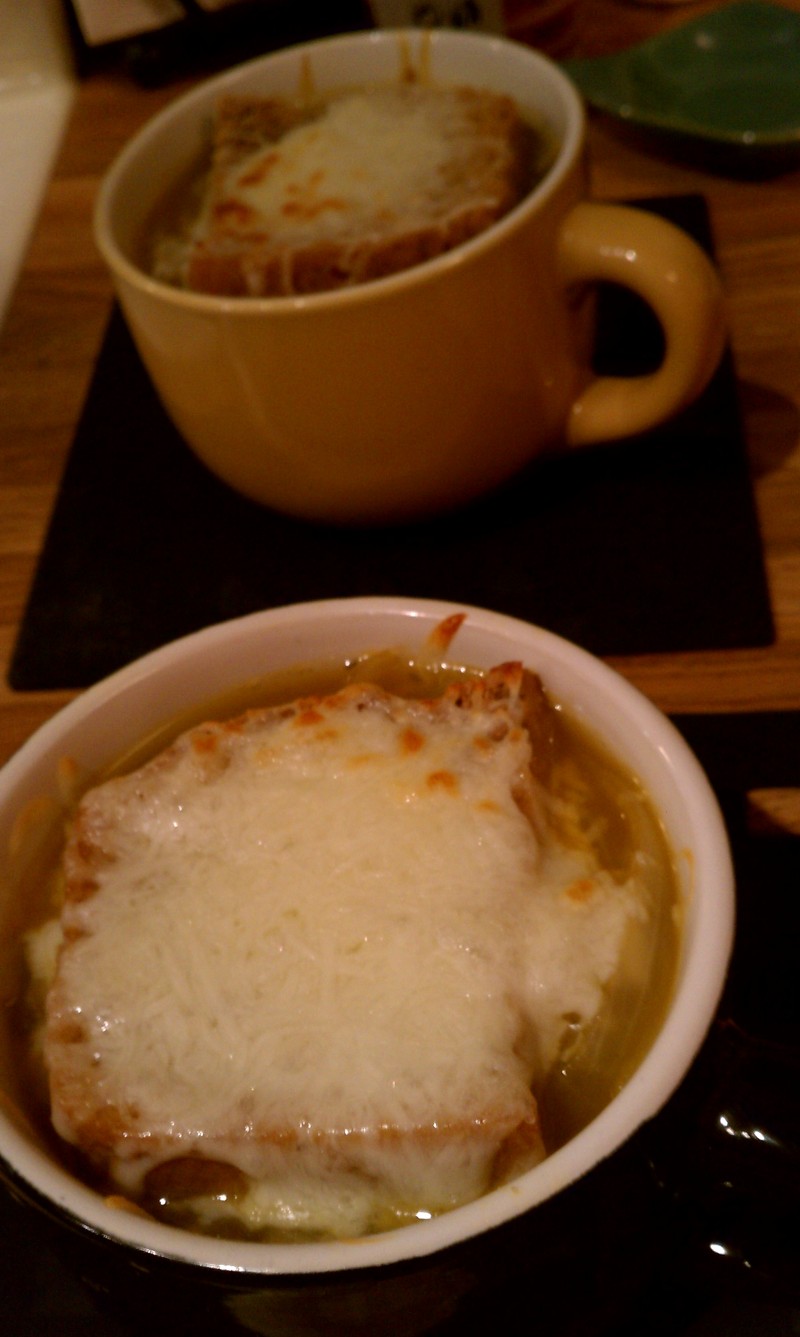